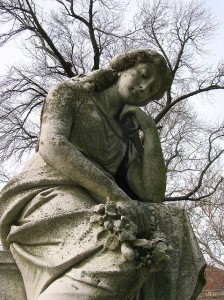 I was worried what I might find when I received final edits back on The Broken Christmas Tree. Would the critique come back as “hey this is okay stuff but you need more work”, or “hmm – I’m not sure what you did here but you probably need to rethink this scene again.”  Also there was the fear that “this is an overall nice story.”  I don’t think any author wants to hear “nice story”. We strive for a much more in our work.

Over seven years and I’m finally about to release my first novel and the pressure is there on the tip of my finger, ready to click the mouse to download my feedback.

As the letter opened I wanted to delay the inevitable, but my eyes had caught the words all ready.

I was astonished by what I read. It threw my back in my seat, not literally, but as I read the words I couldn’t believe what Angela, the editor, was telling me.

The words were there, on the page, and I read them over again to be certain of what she was trying communicate to me. She said I was a skilled writer, that she couldn’t put the book down, that it was a page turner and she felt honored to have been the one to edit this book.  All great things but the final words on the page really stood out.

Something more than words was coming through the pages.

I will summarize what she said in her last paragraph to me – out of some coincidence what happened to Danny (the main protagonist) at the age of three happened to her at nearly the same age, around the same time, in the same room, near the same object, left with the same reminder, and she was born nearly the same year as the main character.

She said that she must have been destined to edit this book.  Wow! I do find this an interesting thing that has happened.

I don’t want to give away too much as many have not read this book, and you won’t know what I’m talking about

The coincidence is truly astounding. I’m sure once people read the first part of the book they’ll know exactly what i”m talking about when I refer to what happened to Danny at the age of three.

I’m very humbled by the feedback I received. The editor, Angela, did a wonderful job on the story critique and the line edits.  This was my second round through Create Space, outside of other edits done by Lydia Rigsby, my wife, and by Kristen James. I had been through several rounds of edits on my own and with each pass made changes, worked out the kinks before sending for final edits.

Create Space editors never speak to the authors – there is no direct way to contact them. You can only upload your manuscript for the editor, who downloads, makes edits, then uploads when completed for the author.

I leave it to you to ponder now, to wonder how the main character, Danny, in The Broken Christmas Tree, and a Create Space editor could experience the same thing, around the same year, and nearly at the same age, in the same room, near the same object, and be left with the same reminder.

The page you were looking for doesn't exist (404)

The page you were looking for doesn't exist.

You may have mistyped the address or the page may have moved.