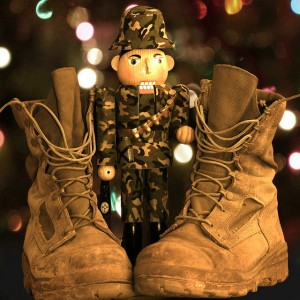 What I Want Most for Christmas

The window shops in the mall displayed Christmas decorations, new toys, clothes, and gifts. Linda, in her late twenties, with dark hair and pale skin, walked the hall with her little girl holding her hand. Betsy turned five years of age just two months ago. She had lighter hair, same pale skin, and she wore a pretty little white dress with ruffles, and a red belt with a red ribbon in the center.

“So, do you know what you’re going ask Santa for?” Linda asked.

“What can I ask for Christmas, Mommy?” Betsy asked sniffing the sweet scent of waffle cones, cookies, and hot cocoa that pervaded the mall food court.

“I don’t know, honey, but if you ask, he’ll bring you something you want,” Linda said turning to face her little girl with a smile.

“Anything I want, Mommy?” asked Betsy, her eyes shining.

Linda’s smile faded to a more neutral look. “Well, not anything, but something.”

Betsy mimicked her mother’s facial gesture. “I thought Santa could bring anything he wanted.”

Linda moved slightly to avoid a large family passing by to the right, carrying large bags of gifts. Betsy eyed one that had a teddy bear sticking up out of the top.

“Not always.” Linda cringed and bit her lip, hoping to have settled the matter.

“Why’s that, Mommy?” asked Betsy as the gleam in her eye returned.

Linda worked to come up with something, but nothing was really coming to mind. “Oh, I don’t know why. It’s just that way.” She struggled to find a better answer, but still nothing came. “But don’t worry too much about it. Just tell me what you want and I’ll make sure Santa gets the message” She hoped she could afford it.

“I want to tell him myself,” said Betsy in her cutest little high pitched voice.

Linda stared off into the distance taking notices of kids playing at the playground in the center of the mall as she thought about what to do next.

Nearby the playground, she saw ole Saint Nick. Just the guy to help out, or could he?

Standing there in line were several kids waiting, but before Linda could walk them both over to the back of the line, little Betsy broke free from her grasp and ran toward Santa. She jumped up into his lap eager to see him.

“Betsy!” Linda called out. “I’m so sorry,” she said, facing the other red faced parents who were waiting patiently in line for their kid’s chance to talk to Saint Nick.

“Hi Santa.” Dimples formed in Betsy’s cheeks while she showed him her pearly whites.

Linda caught up to them. “Come down, Betsy, you got to wait your turn.”

Saint Nick looked at her. “It’s okay. Happens sometimes. It will only take a moment.” He used his hand to gesture to Linda to back away and wait. Then he waved at the other folks. “Ho, ho, ho.”

The other parents didn’t say a word, but their kids stirred a bit. Linda looked up shyly at the group, then back down to the floor.

“Well, hi there darling. Have you been a good girl?” asked Santa.

Betsy thought about it …. “Yeah, of course. Why?” She seemed earnestly perplexed.

“Cause you don’t want to be on Santa’s naughty list…” He stroked his beard.

“Oh, I’m not on the naughty list, am I?” She looked hesitantly at the old man’s face, those wrinkles around the eyes, the red tinted cheeks, lips and nose. And all those white whiskers sprouting from his face.

“I’m sure you aren’t.” He chuckled. “So tell me what is it that Santa can get you this year?” He broke into an inviting smile.

She pulled his head close to her and whispered into his ear. He smiled real big.

“I guess that can be arranged.” He then laughed and his belly giggled slightly. He lifted her up and put her down on the ground to where she was standing next to him.

Linda moved up toward her daughter, keeping her eyes away from the now most likely beet-red faces of parents and children uttering curt remarks.

“Betsy.” Linda caught her daughter by the arm and pulled her away quickly. She didn’t like the uncomfortable feeling of eyes looking at them both.

“What did you ask Santa for?”

“I can’t tell you, Mommy, then I’ll be on Santa’s naughty list and I won’t get what I want.”

Linda could not peel away from her little girl’s pouty face, though a thin line formed across her mouth.

The little girl jerked her arm from her mom’s hand and stopped. “I can’t mommy, I can’t!” she said with a dazed look about her.

Linda knelt down on one knee and put her hands on her baby girl’s shoulders. “It’s all right, baby, cause mommy won’t tell Santa you told me.” Her eyes followed Betsy’s eyes to the side where ole Saint Nick strolled on by.

A week later, and it was Christmas Eve, and Linda still didn’t know what Betsy asked from Santa.

The fresh scent of pine filled the room. Their tree was nicely decorated with a few presents underneath. Linda had more to put out later. The two of them sat curled up on the couch in the living room watching A Christmas Story, the volume down low. Linda looked over onto the mantle of the fireplace to see her husband’s picture, his last one from years before when he left for the war and never came home.

“It’s Christmas Eve, you know … did you want to open a present?” Linda said, trying to put the past behind her.

“No, I’m waiting until the morning to get what I want.” Betsy took a drink of her hot cocoa.

“But you never told me what you wanted, sweetie.” Linda hoped it was something that would be under the tree after her little girl went to sleep. She pulled Betsy in closer, wrapping her arm around her shoulders, and looked into her eyes. “Santa doesn’t get mad about what we tell each other.”

Betsy sighed and looked away, then back into her mom’s eyes. “Okay, Mommy. I asked Santa if daddy could come home for Christmas.”

Pain stabbed deep into her gut. She pulled her little girl in tight and hugged her, squishing her against her side. Betsy nearly spilled her hot cocoa.

She let go so her little girl could come into view. “No, baby, you aren’t on the naughty list, but what you asked for … Santa can’t do.”  Tears welled up in Linda’s eyes.

The little girl’s eyebrows drew together. “I don’t understand. What do you mean?  Santa can do anything, can’t he?” Betsy backed away.

The distance, only a foot or so, made it feel like a chasm had appeared.

Linda steadied herself. “No, baby, he can’t, he’s not able to do everything. Just little things, like small gifts for boys and girls who are good, that’s all.”

Betsy pushed away, placing her hot cocoa on the end table before storming across the living room, passing the Christmas tree, and stomping up the stairs to her bedroom.

Linda’s shoulders slumped, hearing the muffled cries from above. She gathered herself and dragged her feet over the floor, making her way to the television, turned it up, then went back to the couch and stared into the white glow.

Later when the house was quiet, she tucked the last few gifts under the tree, and then sat on the couch, thinking into the late night, until her eyes were too heavy to keep open.

Sometime in the night a sound woke her. Wiping the drool off her face, Linda sat up in the couch and rubbed her eyes with the balls of her palms and looked at the tree. There a man in red stood, dressed in a burly fur coat trimmed in white, his belly sticking out too far, his legs large like stumps, and his white beard traveling halfway down his chest. She couldn’t believe her eyes … Santa was real?

As she went to get up, she felt dizzy, and caught herself by grabbing the arm of the couch to sit back down. When she looked again – the man in red was gone.

It was just a dream, a very strange dream, she thought. Craig used to play Santa. She looked over to her husband’s picture just as she slumped into the couch and began to cry herself to sleep.

She heard the sweet voice of her child and felt a tug on her sleeve.

She looked over to see the presents under the tree, and then scanned them to see if any there could not be readily identified. Linda counted them quietly to herself and came up with the right amount, the amount she left under the tree herself before her strange dream.

She leaned forward and put the best smile she had on while her little girl picked presents to open. She knew when Betsy got to the last one she’d have to explain why her present she asked Santa for never showed.

Wrappers were spread across the floor, torn, crumpled, and piled high with spaces of air between. Opening, playing, showing and hugging until the last present was seen. It was a little box wrapped in newspaper. Linda had run out of the nice wrapping paper, so she grabbed the newspaper from last week.

Betsy tore into the gift.

The shrill voice nearly put Linda’s heart out of commission. She placed her hand over chest just to be sure it was still there.

“Betsy, don’t do that. You nearly gave me a heart attack.”

Linda got up and strolled over, looking confused at the opened box, knowing that inside it was only a plastic rhinestone tiara she bought for the dolls Betsy got this morning. But Betsy wasn’t looking in the box. She was holding the newspaper at her.

Linda looked from her daughter sitting on the floor to the door.

“I told you, Mommy. Look! It’s a picture of Daddy.” She pointed at the newspaper wrapping.

Linda snapped. “Stop it, Betsy. Daddy’s not coming home. I’m sorry. He went away to protect us, to protect our country, and he was lost. I’m sorry.”

Tears swirled in her eyes, blurred her vision as she walked toward the door. “Who is ringing my doorbell on Christmas?” she muttered to herself.

She picked up her pace as the doorbell rang again. Her hand on the knob, she opened it a crack and peered out.

“Hi Sweetie.” She heard the voice. Then she heard loud bounding footsteps as Betsy came running to the door.

It took her a moment—it had been so long. The man in front of her was thinner, his face stretched tight over the bone, but the uniform looked crisp and new. And that voice, it sounded oddly familiar but strained somehow.

Linda felt uneven, about to fall when the man rushed into the house and caught her. He felt strong, boney, and smelled of mahogany.  The same shampoo her husband used before he left.

“Daddy! I knew it was you, Daddy!” Then Betsy went silent.

Linda gathered herself once more, looked over to Betsy to see her face was pink and tear drops were streaming down her cheeks.

“Betsy.” Linda, still in the man’s arms, held out a hand for their daughter.

Betsy sprang into their open arms. They both wrapped their arms about Betsy and held her tight as all three cried tears of joy.

Image Credit: Happy Christmas To All Boots (and family of Boots too) by Randy Robertson