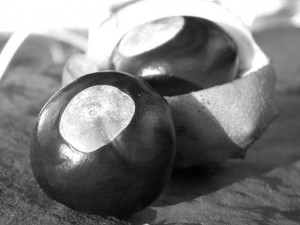 Oh, I’m so tried my eyes can barely hold themselves open any longer. I think I need some time to rest, to get away from it all, just for a little while.

I wanted to try and describe your town to you. Using some of the information you’ve sent me. So bare with me on this bit of writing here.

New Weston is surrounded by hills that interconnect with one another to form a vast expanse of the foothills of the Northern Appalachians. The hills here represent the timelessness between man and nature, how the two are intertwined like rope strands. The people live on one strand, while nature lives on another, their lives twisting together, connecting at some points while never touching at others.

The hills continue upward hundreds of feet to the peak and are covered with maple, ash, walnut, oak, and more buckeye trees. They’re all bunched up together to create a beautiful canopy of green in the spring and summer, and lush yellows, reds, browns, and oranges in the fall. Barren branches outstretch to overlap one another in the winter.

The buckeye tree is a symbol of the area, one that has a long history and lore surrounding it.

A single buckeye is about the size of a walnut, though looks nothing like one. The buckeyes are encased in a flexible yet durable sack that’s rough on the outside and smooth on the inside. They grow in groups of three or four, and when the leaves turn brown, the buckeyes fall to the ground and make sounds like small explosions that echo off the encircling hills when the sacks pop open to release their contents. To hear them fall it sounds like a firefight where the battle wages on until the last of the buckeyes stop falling

In the morning it’s still, silent, like a crystal-clear lake where nothing stirs. At sunrise the cock crows and wakes the neighborhood. The hound dogs cry for their breakfast and for a chance to go on a hunt.

In the afternoon Blackberry Street is busy with people walking up and down it. Cars rumble by one at a time, as the road isn’t wide enough for two to pass side by side. The road itself is barely together, covered in a layer of broken asphalt with potholes patched with loose gravel.

Houses line the road. The side where Danny lives is a hill that runs parallel to Blackberry Street. It jets up high above the shrunken houses. These houses were built nearly a hundred years ago; most of the homes have held up, but time has taken its toll on the now-tilted foundations of many others. Some yards are kept up, but most are not. There are toys, tools, even garbage scattered about, often sprawling over into neighboring yards. This street is unlike many of the newer developments in the valley. Most of those homes are larger and kept up to present a fine appearance.

Blackberry Street starts at the bottom, flat, where it connects to Bowman Street. From there it inclines sharply for a hundred yards and continues up past Danny’s home, where it curves to the left at the bend in the road. Take the road another hundred yards, and that’s where Cluster lives on an open, large lot of land that spans his entire hill, which is perpendicular to Danny’s hill and meets at the center where Buckeye Hollow forms.

Legend says the buckeye brings good luck. And when you get a chance. Send me a buckeye!

Letter to Danny from The Broken Christmas Tree