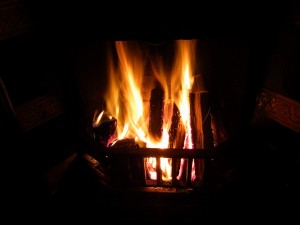 Giving up is both hard and easy.  It depends on what you are giving up on I suppose.  We could banter back and forth for hours about when it’s right to give up or when it’s not right.

I’ll say this – I’m writing about not giving up.  Whatever is on your heart you must follow and never give up.  It could take years of hard work, with little to nothing to show but if you keep at it, something is surely to transpire.  It could also be that your perspective on success may need to change in terms that you maybe truly successful in what you do, but not the way you hoped it would turn out.  But either way – never give up.

I moved down to Florida when I was 17 years old from Ohio.   I lived in a two bedroom trailer, in the middle of central Florida, in the blistering heat with no air conditioning.  Getting to sleep at night was no treat and I normally didn’t go to bed until midnight when the trailer had cooled to reasonable 80 degrees or so. Not fun.  I recall lying in bed, the ceiling fan on (what I life saver that fan was for me), and sweating a lot as I uncomfortably drifted off to some other realm.

When I was 19 years old I joined the US Army. I wanted my circumstances to change.  I didn’t want to leave home but I saw that there was little opportunity for me.  I had little to no skills other than working part-time fast food, putt putt golf and go cart fun spots, running around dressed as a squire selling pictures and other odd jobs. I made enough to pay for my gas, my car payment, a few things here and there.

When I arrived at FT Knox, KY.  The first thing you do is file off the bus into a line where you are surrounded by very fit drill instructors who begin your day with shouts of how you don’t belong here, or that you know you lied about doing pot so you better confess now because they are going to find out.  I seen several guys get out of line, trembling in fear after the comment if anyone had lied about doing pot.

I too was frightened and thinking “what on God’s green earth did I just get myself into?”

I remember the one thought I had in my mind “if I quit now, I’ll always be a quitter.”  I realized no matter how tough things were going to get for me, I could not give up, not now, not after coming this far.  I had signed the papers, flew in a plane, road a bus to finally arrive at destination Army.  It was real and I was in for a ride.

After going through the ritual of watching long haired guys get half their head shaved off – (oh where was Facebook then), we were carted off to get our uniforms and other necessities.

Next were the long days, the constant yelling and exercise, often together.  My muscles ached, I was stressed, I barely had time to eat or sleep.  Everyday except Sunday it was like this for us.  Even on Sunday if you didn’t find something to do the drill sergeant would find you something and no one wanted what the drill sergeant found.

There were several times I wanted to quit, to go home but I forced myself to stay and work through all the Army had to throw at me.  I even decided not to write or call anyone during my two months so I could say I did this on my own, I did it for me.

I’m glad I made it in the Army.  I had a great time and learned a lot.  I wasn’t ready for college and the Army was a great segue for me until I was ready.

I look at my life as exactly that – I’m being put through the fire, I’m being forged, so that maybe one day I’ll be what I’m meant to be. You are no different. Look at your life, see the struggles, the trails – that is the fire whether we like it or not. It is what shapes us.

I say it again, never give up – be forged by the fire.